THE MBEKI AND SADC POSITION A LOAD OF IRRESPONSIBLE RUBBISH! 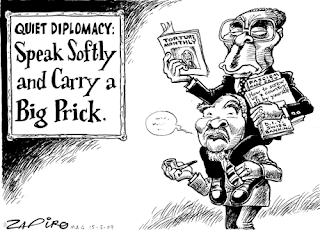 Well, Mr Thabo Mbeki, The State President of South Africa has issued a lengthy statement (LINK) where he has shown the whole world where he and SADC stand as far as the Zimbabwean Crisis is concerned.

Firstly, that the Elections were heavily rigged (LINK!!!) is not an issue at all!

Secondly, that thousands of MDC members were physically assasulted and hundreds others murdered by State Agents(LINK!!!) is similarly not an issue at all!
Refer also(LINK!!!)

Thirdly, the fact that Robert Mugabe and ZANU-PF were discarded by the Electorate BEFORE (NB BEFORE) the Infamous Land Invasions is not a material matter at all to Mbeki and SADC!

Fourthly, the fact that Mr Mugabe has presided over the very ZANU-PF for over 27 years without allowing the very ZANU-PF a chance to elect or re-elect him by the democratic Secret Ballot is completely irrelevant to Mr Thabo Mbeki and the various SADC "Excellencies."

Fifthly, the fact that Mugabe was clearly rejected by the Electorate in the controversial 2002 Presidential Election is not part of substance as far as Thabo Mbeki and SADC are concerned!

Knowing Mr Mugabe as we do, he would have excitedly gone through Tsvangirai's Election Petitions without any delay if he was sure he had won them by any margin!

His only statement at the moment is: "That Election Petition is 'frivolous' and 'vexatious'." What exactly does that mean???

We who were part of the rigging machinery know why and how those Elections were rigged!

I, Rev Mufaro Stig Hove, can give a delailed report of how WE (repeat) WE rigged those Elections.

This brings us to the question of the way forward as far as the Zimbabwean crisis is concerned.

Of major concern is for the "Opposition Forces" to clearly define themselves.

1. What exactly is it that they are opposing? They desperatelt need to clearly define their "bottom line."
Is it Robert Mugabe as a person meaning therefore that he must go at all costs regardless of the hurdles that continue to mount including the clear message from Thabo Mbeki and SADC? Please make that absolutely clear so that we who have vowed to support the Democratic Forces can see how we can go forward in support.

2.Can there be some National Vision which accommodates ZANU-PF and Robert Mugabe?
I, personally, know that Robert Mugabe's very survival depends on his remaining in that Office (even illegitimately as he is doing at the moment.)

So he has intelligently intertwined his fate with that of millions to completely confuse the original issues.

Some of us need to hear what the general position of the Democratic Forces is.

The whole nation is on its kneesat this very momentas we pursue our various "Quiet Diplomacies" etc!

I shouldn't describe the situation on the ground because any serious person knows that there is no economy to talk about in Zimbabwe at the moment!

The talk by President Mwanawasa that the problems of Zimbabwe are being exaggerated must be swiftly dismissed as coming from a timid lunatic who cannot stand and defend his earlier statement that Zimbabwe was a sinking Titanic!

Mbeki's hope that SADC on its own can rescue Zimbabwe is irresponsible rubbish!
Utter deliberate rubbish!

Even mighty South Africa can never close all outside doors and depend on its SADC neighbours only! Why does Mbeki not try it for his country just today??
Mbeki thinks their position as SADC is the only "Revolutionary and African" position and all others are mere "sell-outs" etc.

The heavy challenge on the shoulders of the Decratic Forces is to clearly and swiftly dissociate themselves from that dangerous perpective (of being viewed as 'sell-outs'.).

Of course its said 'Politics is a dirty game' but never ever relax when powerful leaders join the despicably evil Robert Mugabe in propagating that stinking propaganda.

The tragedy of the Democratic Forces is that they do not seek the help of serious patriots to assist in the "clearing of the air" as far as their position is concerned.
Lets identify each other and close ranks as true patriots and complement each other's efforts to counter the heavy Propaganda of Mugabe now joined clearly by Mbeki and Company!

The Democratic Forces have continued doing a pilgrimage to a clear crook called Thabo Mbeki!

What does Mbeki not know about the evils of Robert Mugabe? Refer to my article "Thabo Mbeki's proverbial long rope!" LINK!!!

Mbeki wants us to believe that South Africa will not play the "big brother" yet he completely ignores the cries of the very Zimbabweans when they describe issues that are not related to the land issue! Mbeki pretends to pursue a "Policy of Quiet Diplomacy" yet we who see through the mist see him actively supporting the rejected demagogue.

When did Zimbabweans start complaining about Mugabe encouraging "corruption" among his "chosen few"? Long before Mugabe's decision to pursue the "rectification of the Historical Land Imbalances."

Please kindly read my APPEAL TO ALL JOURNALISTS AND WRITERS! LINK!.

I swear by the Living God that if Mugabe gets the proverbial "last laugh", Tsvangirai etc will spend their lives in exile until that 83 year old demagogue passes away! Wake up Tsvangirai and Company!
Don't be naive!

But the consolation is that there is no serious investor that can take any investment to Zimbabwe while Mugabe is anywhere near the corridors of power!

Thabo Mbeki is a depicable crook if he wants us to think that there is an investor (except himself, perhaps) who can take anything to Zimbabwe even if Mugabe won a "free and fair" Election next year.

Even if Tsvangirai went round seeking the world to support the new Mugabe Regime (if there is one in 2008), no sane investor would go to Zimbabwe with investment.

The real tragedy of Zimbabwe is that Robert Mugabe will cling to power at all costs and all black leaders will have to support him or else risk being labelled "sell-outs."

So Thabo and Company think they will label us "sell-outs" and it will stick?

No, you are mentally unwell Thabo son of Govan!
If you think sending "millions of rands" to Mugabe is a permanent solution to the Zim crisis, then lunacy is your misguided position.

You will stand by Robert Mugabe through "thick and thin" and that's your decision!

But you will go down in History as having blundered using SA tax-payers' funds to prop up a despicably evil dictator that we, the humble people of Zimbabwe were trying at all costs to remove.

Do you honestly think that I, Rev Mufaro Stig Hove, a black man would refuse 3000 heactres of free prepared land and a farmhouse etc.?

Would I refuse to be part of ZANU-PF and get all the benefits eg businesses seized from white owners etc.?

So am I a "sell-out" because I say Mugabe has assassinated all his contemporaries since before Independence?

Am I a "sell-out" because I say Mugabe, Munangagwa etc got unfair benefit from the mineral resources in the DRC?

Am I a "sell-out" because I say Mugabe is a dictator who has never allowed even a simple secret ballot even in the private Politburo Meetings?

Mr Mbeki do you not know or you do not want to know?

Even if the Economy of Zimbabwe were returned to a "zero" inflation and there was prosperity such that there is a 100% employment etc., the truth is that Robert Mugabe is still an evil Devil that must go (and you Mr Thabo Mbeki know it very well as well.)

WHO ARE YOU FOOLING?

Yours in the true struggle for a Free Zimbabwe,

Peace and Tranquility???
Posted by The Radical Mindset! at 22:00 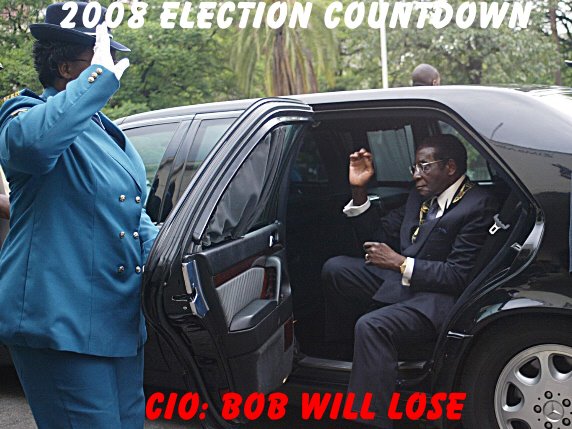 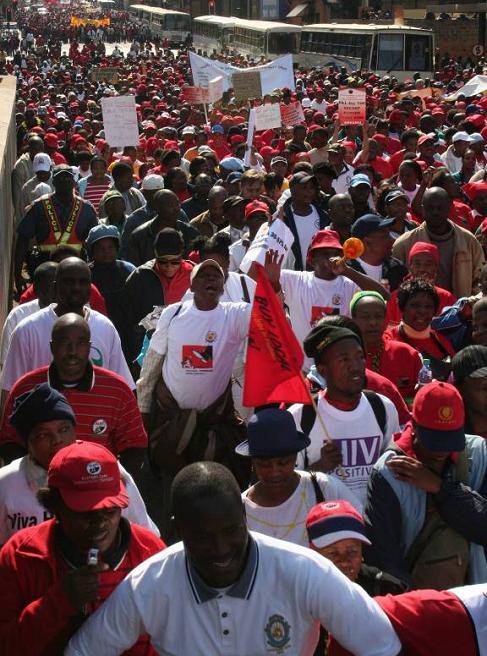 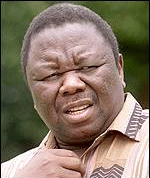 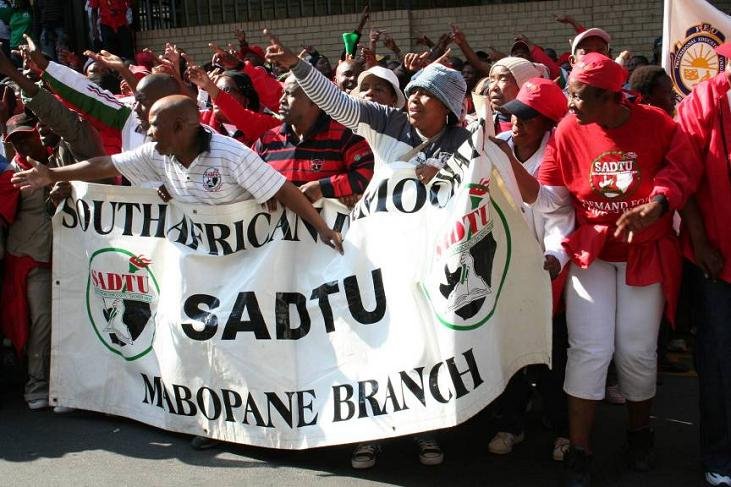 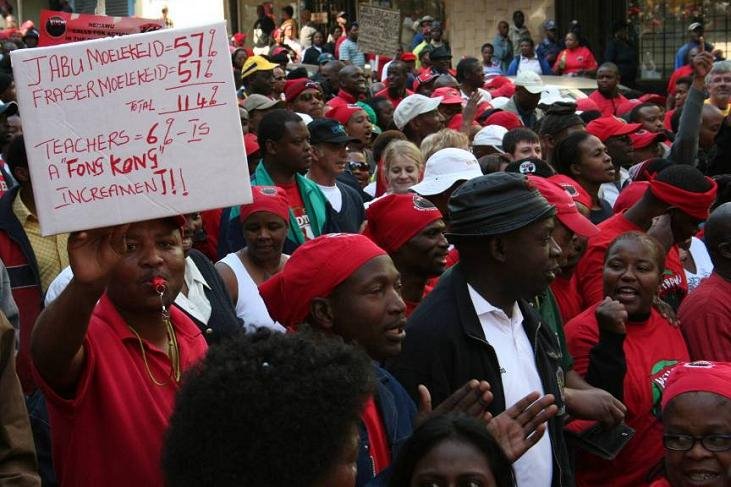